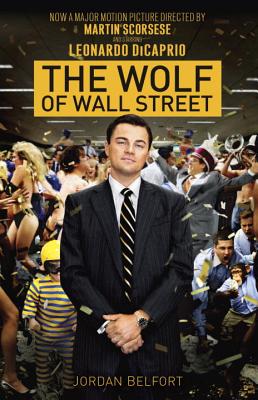 Soon to be a major motion picture directed by Martin Scorsese and starring Leonardo DiCaprio
By day he made thousands of dollars a minute. By night he spent it as fast as he could. From the binge that sank a 170-foot motor yacht and ran up a $700,000 hotel tab, to the wife and kids waiting at home and the fast-talking, hard-partying young stockbrokers who called him king, here, in Jordan Belfort's own words, is the story of the ill-fated genius they called the Wolf of Wall Street. In the 1990s, Belfort became one of the most infamous kingpins in American finance: a brilliant, conniving stock-chopper who led his merry mob on a wild ride out of Wall Street and into a massive office on Long Island. It's an extraordinary story of greed, power, and excess that no one could invent: the tale of an ordinary guy who went from hustling Italian ices to making hundreds of millions--until it all came crashing down.
"WALL STREET JOURNAL "BESTSELLER
"Raw and frequently hilarious."--"The New York Times"
"A rollicking tale of Jordan Belfort's] rise to riches as head of the infamous boiler room Stratton Oakmont . . . proof that there are indeed second acts in American lives."--"Forbes"
"A cross between Tom Wolfe's "The Bonfire of the Vanities "and Scorsese's "GoodFellas ." . . Belfort has the Midas touch."--"The Sunday Times "(London)
"Entertaining as pulp fiction, real as a federal indictment . . . a hell of a read."--"Kirkus Reviews"