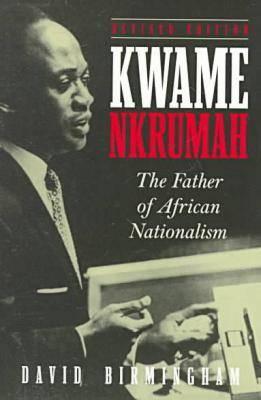 The first African statesman to achieve world recognition was Kwame Nkrumah (1909-1972), who became president of the new Republic of Ghana in 1960. He campaigned ceaselessly for African solidarity and for the liberation of southern Africa from white settler rule. His greatest achievement was to win the right of black peoples in Africa to have a vote and to determine their own destiny.
He turned a dream of liberation into a political reality. He was the leader of Ghana who urged Africa to shed the colonial yoke and who inspired black people everywhere to seek their freedom.
This revised edition of Birmingham's fine and accessible biography chronicles the public accomplishments of this extraordinary leader, who faced some of the century's most challenging political struggles over colonial transition. African nationalism, and pan-Africanism. It also relates some of the personal trials of a complex individual.
As a student in America in the late 1930s, Nkrumah, shy, disorganized, but ambitious and persistent, earned four degrees in ten years. For political training he then went to England. Nkrumah found writing difficult throughout his lifetime, but once back in his African homeland, with its oral heritage, Nkrumah blossomed as a charming conversationalist, a speechmaker, and eventually a visionary and inspiring leader.
Nkrumah's crusades were controversial, however, and in the 1960s he gradually lost his heroic stature both among his own people and among his fellow leaders. He lived his last years in exile.
This remarkable life story, which touches on many of the issues facing modern Africa, will open a window of understanding for the general leader as well as for graduate and undergraduate classes.
In this new edition, Birmingham also examines Nkrumah's exile and provides insight into the image of Nkrumah that has emerged in the light of research recently published.