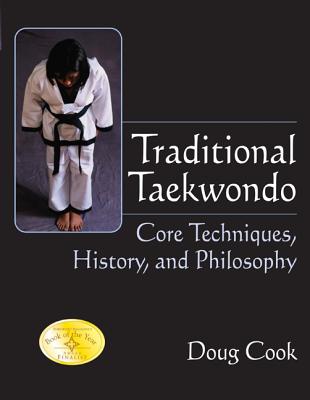 ForeWord's Book of the Year Award FINALIST - 2006Taekwondo, literally translated, can be defined as "foot, hand way" or "the way of smashing with hands and feet." Such descriptive nomenclature understandably implies a curriculum rich in self-defense. Too often, however, this is simply not the case. Given the current popularity of sport competition in the martial arts, many techniques of defensive value have been stripped away or forfeited altogether in favor of those certain to score in the ring. While the thirst for Olympic gold has clearly played a significant role in propelling taekwondo into the forefront, it should be remembered that this native Korean martial art contains over 3200 distinct self defense techniques. This book describes in detail, the history and evolution of Taekwondo from its ancient roots to modern day applications. Also included are exercises in "Ki" or internal energy development, meditation practice, and practical self-defense strategies. This work focuses on the traditional aspects of Taekwondo rather than on its sportive component.