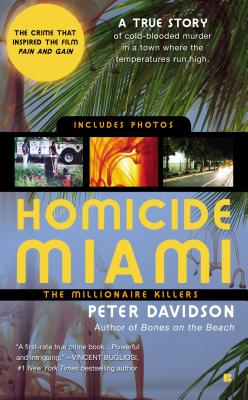 IT BEGAN WITH A DISAPPEARANCE
On a balmy May night in Miami, Frank Griga and his girlfriend, Krisztina Furton, vanished from the face of the earth. Frank had made a fortune in the adult hotline business and had met Krisztina, an exotic dancer, while searching for models for his advertisements. Three weeks later, their torsos were found inside metal drums sunk in a murky canal.
IT ENDED IN MURDER
So began the unraveling of the most diabolical death-for-dollars plot in history. All evidence led investigators to Miami's Sun Gym--a Mecca for serious bodybuilders. The gym's owner, two muscle-bound managers, and a steroid-crazed personal trainer were the ringleaders of a gang that targeted wealthy Floridians for kidnapping, extortion, and death. This is the story of how a band of brutal thugs planned to make a fortune from fear and blood--and how the quick actions of the authorities stopped the gang before any more innocents were killed.