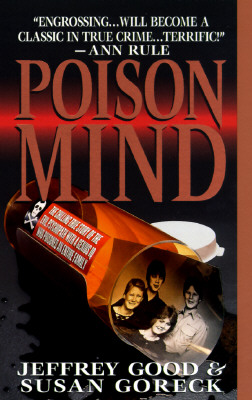 Doctors were baffled when warmhearted Peggy Carr was rushed to the hospital with fiery burning sensations. Days later her two sons fell ill with the same horrifying symptoms. As Peggy lay writhing in an agony of slow death, the doctors' bewilderment turned to horror when they discovered the three had ingested massive doses of the fatal chemical thallium. But how were they poisoned? And by whom?
Soon, the FBI's psychological profile pointed to the family's next door neighbor, George Trepal, an eccentric computer whiz and member of the high I.Q. club, Mensa. But why would a man who was married to a doctor and seemed to be living a normal life commit such a cold-blooded act? And how did he do it without leaving any evidence? It was a crime so brilliantly concealed, police feared he might get away with it. Now it was up to policewoman Susan Goreck to go undercover--an enter the twisted mind of a sadistic psychopath.