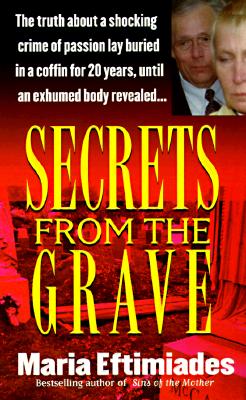 SECRETS FROM THE GRAVE

He was a beloved family physician and a ruthless doctor of death who almost got away with murder.
It was a friendly hunting trip-- two men kicking back, shooting at clay pigeons on campgrounds near rural Montrose, Pa. Then, a single shot rang out. Moments later, Marty Dillon, a promising young lawyer, was dead of a gunshot wound to the chest. His friend, Dr. Stephen Scher, later tearfully explained that Dillon had been running with a shotgun after a porcupine, and tripped and fell, accidentally killing himself. But what "really "happened?
Marty Dillon's violent death was immediately declared an accident by the local coroner in 1976. But as Dillon's body was lowered into the cold ground, did a damning secret, one that would haunt his friends and family for decades, go with him?
* Were rumors of an affair between Dr. Scher and Marty's wife, Pat, true?
* Why did the couple marry so soon after Dillon's death?
* If the shot was self-inflicted, why did the bullet come from Dr. Scher's gun?
* What was it about Dillon's bloody wound that cast suspicion on Scher?
After 20 years of pleading with authorities and finally hiring their own investigators, Dillon's parents persuaded the Pennsylvania State Police to reopen the case. They exhumed Dillon's body-- and his decayed remains told the real story of that tragic day two decaeds earlier. On October 22, 1997, Dr. Stephen Scher was convicted of the murder of Marty Dillon-- final justice for a cold-blooded killer who for 20 years thought he had gotten away with murder.

Title: SECRETS FROM THE GRAVE

SECRETS FROM THE GRAVE